Have you noticed your cat sleeping more or deeper than usual? An average cat sleeps 12-16 hours in a day. The number goes up to 20 hours for kittens and older cats. It’s different for every cat, of course, but basically, your cat would spend about 2/3 of its life sleeping or napping. Cats sleep a lot, to say the least. However, changes in sleeping pattern along with other symptoms to watch out for could indicate that your cat may need some medical attention. So, is your cat sleeping a lot more than she should be? Here are the possible reasons why your pet kitty may be sleeping a lot more than usual.

Here's is an infographic that you need to know about a cats’s sleeping habits and when to worry about them. 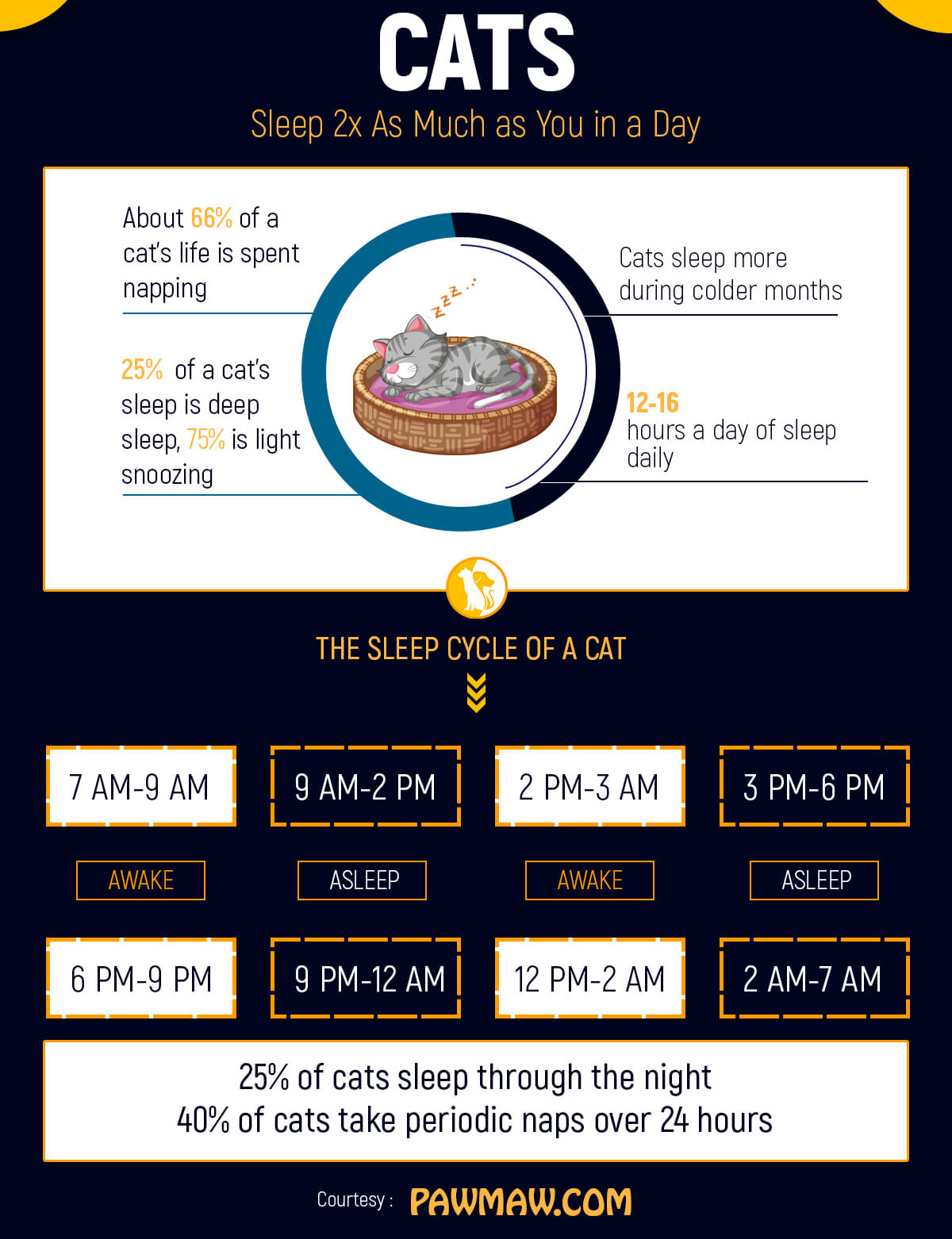 If you think your cat sleeps way too much, the main reason for that would be is that 75% of the time a cat spends sleeping isn’t particularly in a state of deep sleep. Cat naps, usually taking up anywhere between 15-30 minutes throughout the day, is your pet’s way of reserving energy for when there’s suddenly food, prey, or a threat present. She may appear to be sleeping, but most of the time, but your cat is most definitely on alert and will be ready to spring and chase when it senses a sudden movement.

Bored or stressed cats may sleep even more than the usual 12-16 hours. If your cat is left alone at home when you go to work, don’t be surprised to know that he’s spending most of the time that you’re gone dozing off. Try to foster a more stimulating environment at home to prevent your cat from being bored. You can set up scratch posts and provide toys for him to play with. Whenever you can, spend at least 10 minutes playing with your cat.

Obesity is a very likely reason why your cat sleeps a lot. Apart from overfeeding, obesity in cats may also be caused by an imbalanced diet and lack of exercise. An average cat should be fed three to four small meals daily. Feed him a lean, protein-rich diet.

Some cats that are left alone for most of the day with all the food they can eat are more likely to become overweight. If you have to leave for long periods, make use of feeders with portion control so your cat doesn’t overeat. If your pet is an indoor cat, find ways to give him plenty of exercise. This might require leash training your cat or providing him with interactive toys.

As your cat grows older, he becomes more likely to catch more sleep. An old cat sleeps a lot, for as long as 18-20 hours a day. But they would stick to the same routine in their waking hours, whether that involves prowling, looking for food, and seeking attention before getting another nap. If you’re concerned, interact with him and observe his behavior when he’s active. If he seems lethargic all the time, there might be an underlying medical condition and it would be time for a visit to the vet.

If oversleeping is accompanied by other signs such as loss of appetite, avoidance, and other unusual behavior, this could mean that your cat is suffering from depression. Feline depression, however, is not the same as clinical depression in humans. This condition would exhibit symptoms such as the ones that have been mentioned, resulting from an underlying illness. In such cases, it's best to take your cat to the vet, who will conduct the necessary tests to determine what’s ailing your cat.

Believe it or not, the weather may also be the reason for cats sleeping a lot more than usual. During winter or rainy months, it’s not surprising for cat naps to become longer and more frequent. The amount of light would also affect your cat’s sleeping habits.

The most common types of viral infections  and bacterial infections could be the reason why your cat seems to be taking more time snoozing than awake. Viruses and bacteria may be picked up from contaminated food, bite wounds, and interaction with infected animals or cats.

Fatigue and lethargy are common symptoms of bacterial and viral infections, usually accompanied with other symptoms like eye and nose discharge, diarrhea or loss of appetite, fever, weight loss, lack of interest in grooming, and respiratory infections, among others. If your cat also exhibits such worrisome symptoms, he needs to see the vet immediately.

Arthritis or degenerative joint disease causes pain and inflammation of the joints. Older cats, especially, would be more prone to the condition. Arthritis would make it hard or even painful for them to move, thus making it much more preferable to stay comfortable sleeping.

Diabetes is much more common to felines than you think. If a cat has imbalanced blood sugar or glucose levels in the blood, this would manifest in symptoms that include lethargy, as well as loss of appetite, weight loss, vomiting, and dehydration. Strict adjustments in diet would be required and it’s best to consult your vet.

Toxic plants and substances are a hazard, especially to cats that often roam outdoors. If a cat sleeps a lot more than usual, you may want to consider the possibility that he has inhaled, ingested, or has come in contact with poison. Vomiting, diarrhea, pale gums, difficulty breathing, and presence of blood in stool or vomit are possible indicators that your cat has been poisoned. If he exhibits these symptoms, take him to the vet immediately.

Here is how a cat usually sleeps. In the picture, you will have a clear idea about it.

It wouldn’t generally be of immediate concern if a cat sleeps more than usual. Our feline friends spend most of their life napping to keep their bodies energized for when they are awake and ready to prowl, stalk, play, and hunt. As cats have different personalities and temperaments, sleeping habits may also vary. As the owner, you should be on the lookout for symptoms or changes in sleeping habits that may mean that your cat is suffering from pain, stress, or an infectious disease.

My cat is sleeping since last night what is going on.

My cat sleep all the time

My cat is 15 months old. She’s been in the house for 3 days. Today, she has been sleeping non-stop. She seems lethargic, and wobbly. I didn’t notice her behavior until tonight. Not sure what’s going with her. Definitely not her normal behavior.

My 2 cats often sleep not their usual behavior, they have difficulty in standing and lose their appetites but they drink milk. I'm worried about them, please advice me what should I do. Thank you.

My cat she seems sleep a lot. I love my kitty very much.

I have 3 cats,Precious age 9,Smokey, age 7, and Scarlet age 2 and Scarlet likes to aggravate Smokey so much that when Scarlet isn't bullying her Smokey sleeps a lot during the day and night ... I'm thinking Smokey is stress out and that is why she sleeps a lot. Any advice?

My cat has slept all day and has never done that before what is going on????

My cat sleeps all day. But she will get up about 3 times a day for her treat. She eats mostly at night. She’s just nibbles! It takes her more then 6 months to finish a 15 lb bag of food. She does play at night at times but not often. She is 6 or 7 and a calico cat.

I was on vacation for a week. I had my neighbor come in daily to feed my two 9 year old cats. It's been three days since I've been home and my male cat seems to be sleeping much more than usual. Otherwise his appetite is o.k. but his playfulness has dropped off too. Should I be concerned?

One of my cats started sleeping the whole day some days ago and now she is in the verge of dying, she's neither eating nor drinking water and now she can't even stand up. There's no vet around me. I tried to feed her but she vomits it each time and now she does not even open her mouth accept for crying. She's more than 2months old. Now, my other cat is also sleeping very much suddenly today. Is the same thing happening with her also?

My cat is so lethargic, I have had him to the vets, he has had xrays and blood test but nothing has been found, I have already spent 11 hundred pounds and I am now frightened that if he was to have a referral they may find cancer. I am puzzled to what to do.

I was wondering if someone could help me my kitten kikyo which is around eight or nine months had recently gotten pinkeye and transferred it to her other eye we took her to the vet and they told us that the only thing that was wrong with her and that she’s completely healthy other than that but why is she sleeping so much can anyone tell me?

My 3 cats, Mr. Snug, Little Buddy and Baby Girl are sleeping a lot more than usual. It is rainy and cold outside, however, they are indoor cats and always warm and dry, so would they still be affected by the weather?

I own a kitten named Luna. She's 5 months old. I believe she has an eye infection in both eyes. It's not that serious but I noticed her eyes are pinky/red. She slept a lot today and seems to be alright. Can someone please tell me what I should do? Thanks

Pretty Kitty, when in doubt take her to the vet 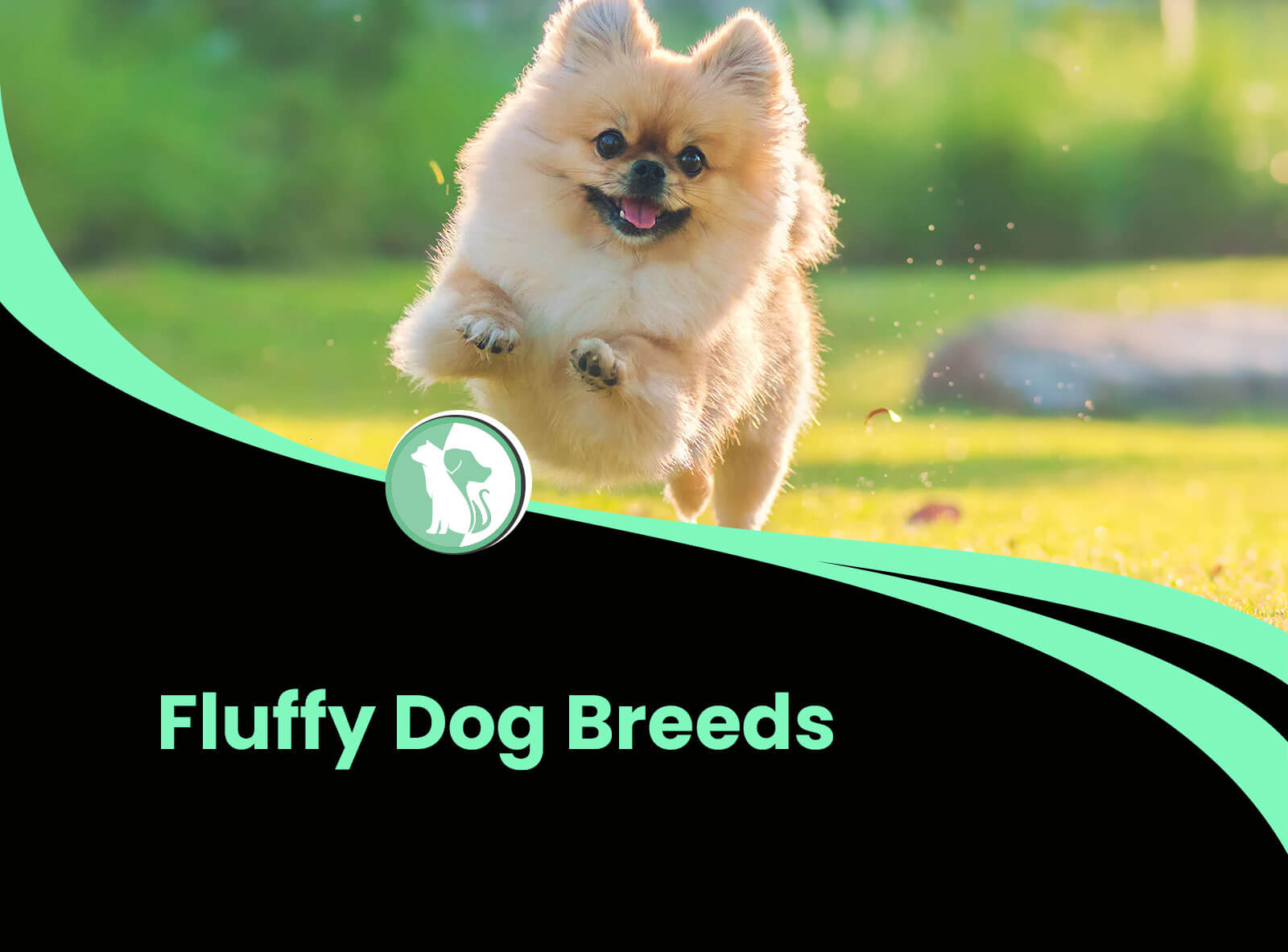 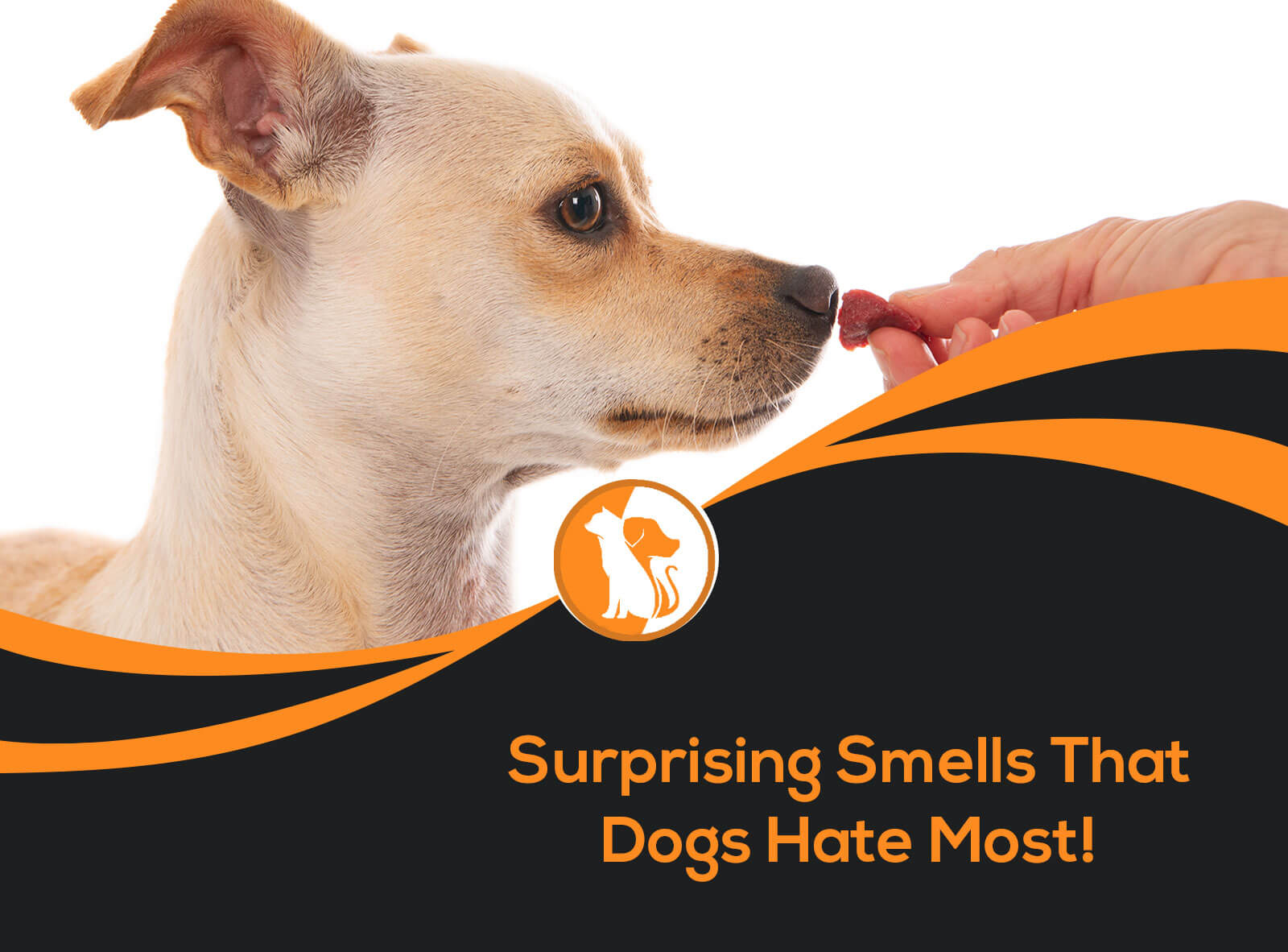 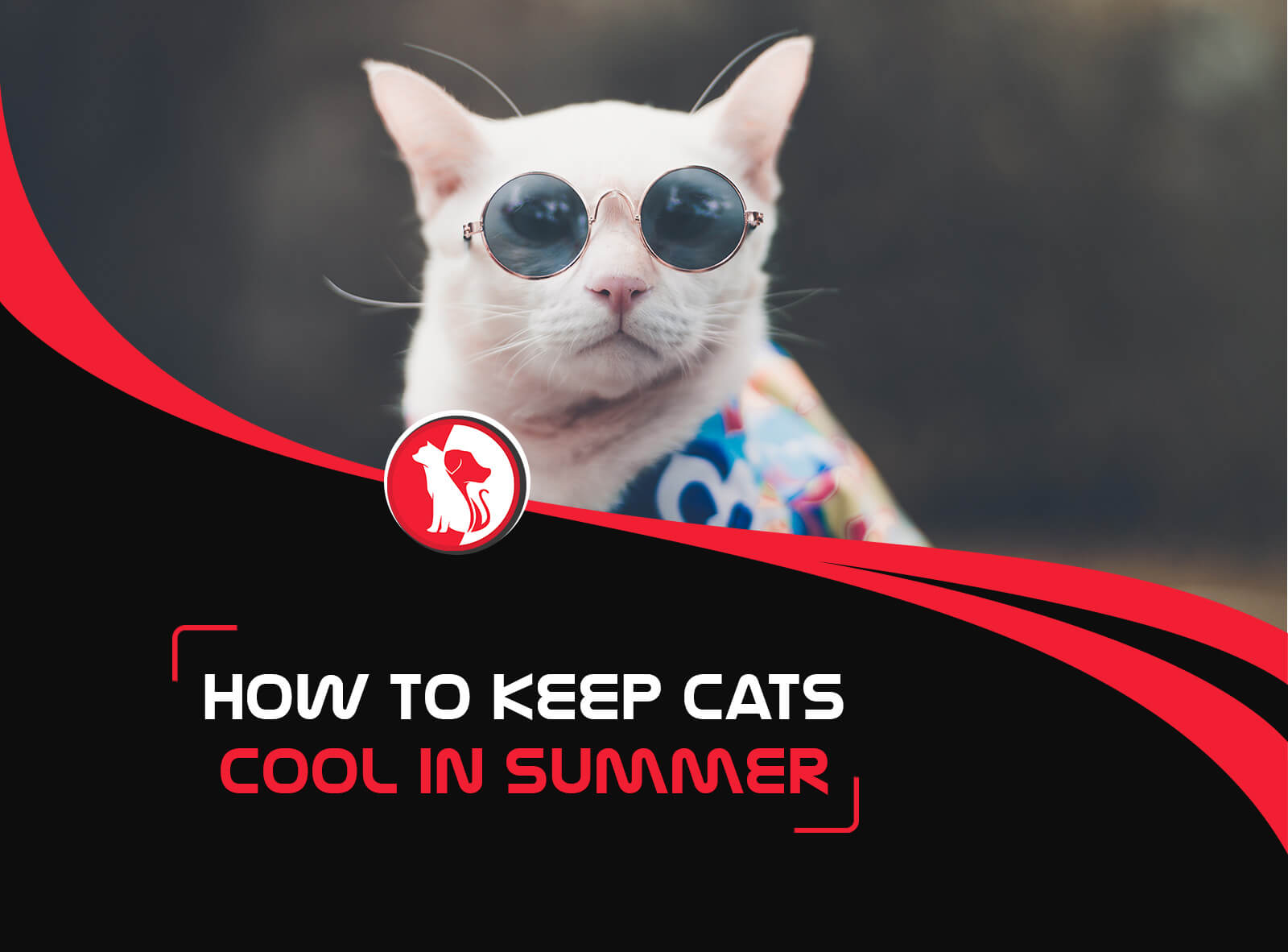