Reasons Why Your Dog Is Acting Weird 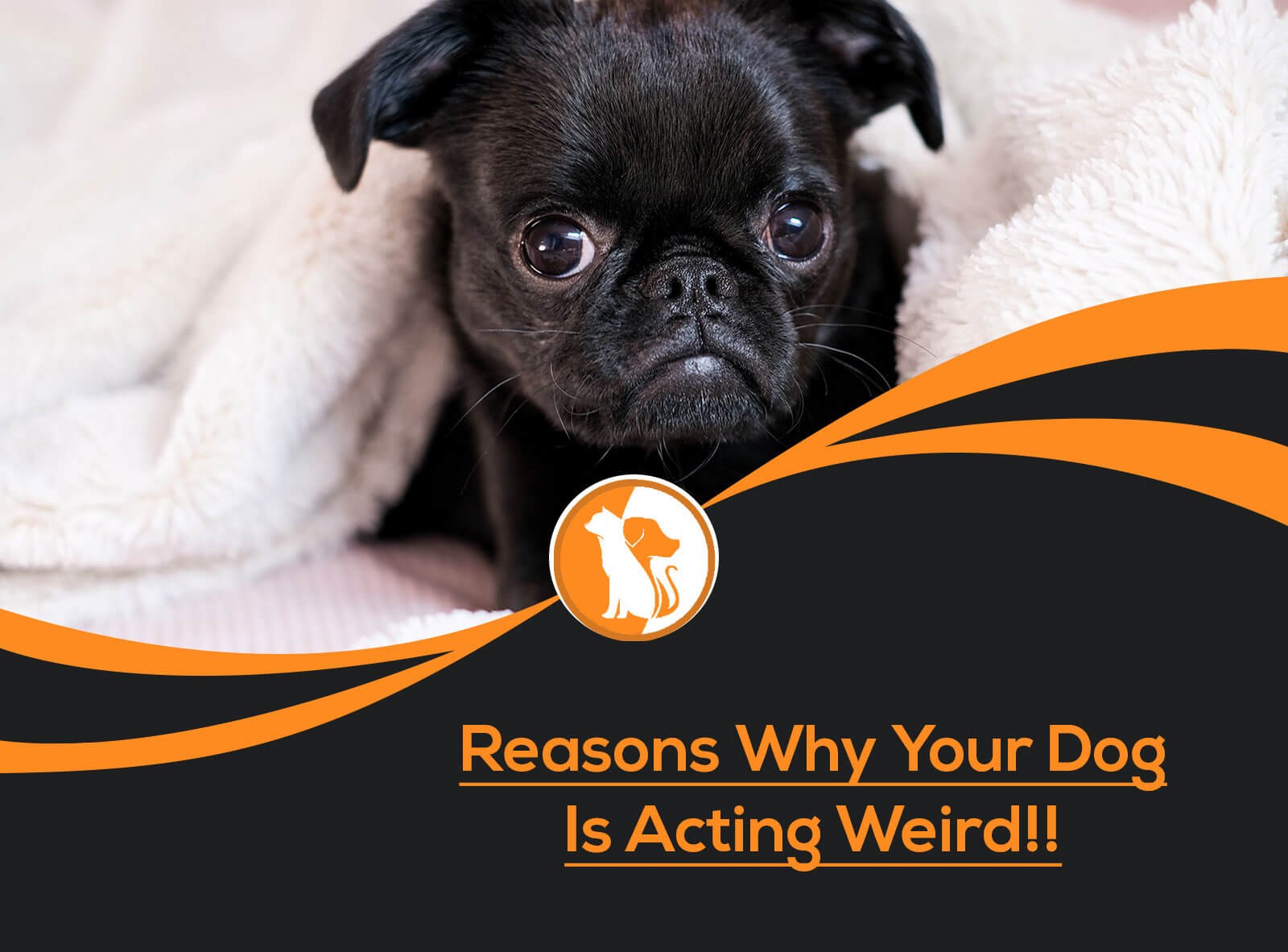 Dogs are one of the most popular pets in the world due to them being compatible to humans. As complex organisms, we humans generally like to be stress-free by having pets that follow our commands, especially ones that can be trained for a routine and have no tendency to rebel.

However, there can be some instances when dogs behave beyond what is expected. You may have encountered this issue yourself, so you might ask, “why my dog is acting weird?”.

Before you panic, it’s worth noting that you can actually defuse the situation by simply getting more informed about a dog’s tendencies.

Before you identify a dog’s weirdness, let’s first identify their usual actions and what they necessarily mean:

Tilting of a dog’s head is one of its cute peculiarities. It seems that as if they are puzzled or confused about something. Although it’s true sometimes, most of the time, a dog tilting its head means that it just wants a better angle in seeing things.

Dogs have a tendency to eat their poop, something known as coprophagia. While there is no specific reason why, some theories are leaning to the dog’s overall hygiene. As a puppy, it might have a difficulty discerning which is food or faeces and seems to carry the act as it grows old. Luckily, it’s not that dangerous and can be corrected.

Tail chasing is generally more of a playful thing to a dog. It’s only natural when a dog wants to play but lack the toys or playmates to do so. Sometimes, a dog chases its tail in order to relieve a lingering itchiness or curiosity. 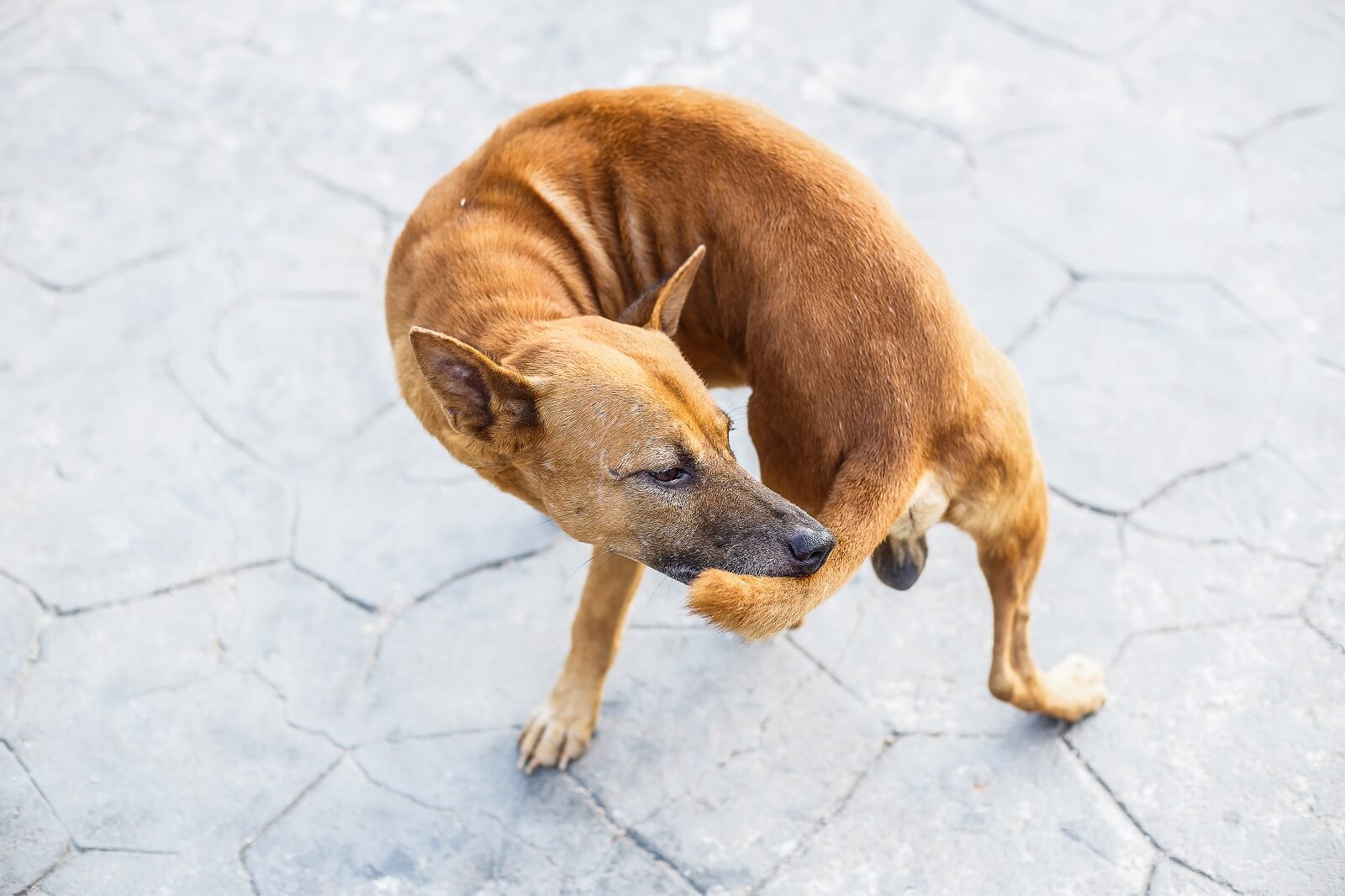 Barking and howling are a dog’s means of communication. Barking for a period of time indicates that there is something that stimulates the dog’s interest, either in a positive or negative way. Howling, on the other hand, is another thing a dog does commonly to send signals to distant dogs. You might ask yourself, “why is my dog acting weird at night?”, often in cases like this.

A dog scooting on its butt is truly a laughable moment. It may look somewhat weird, but dogs usually behave like that when they want to scratch off or remove something from that area.

Licking people is part of a dog’s nature. It is your pet’s way of expressing affection and gratitude. Although it feels really great to be on that situation with your dog since it indicates your closeness, it can sometimes be too much and even unsanitary. 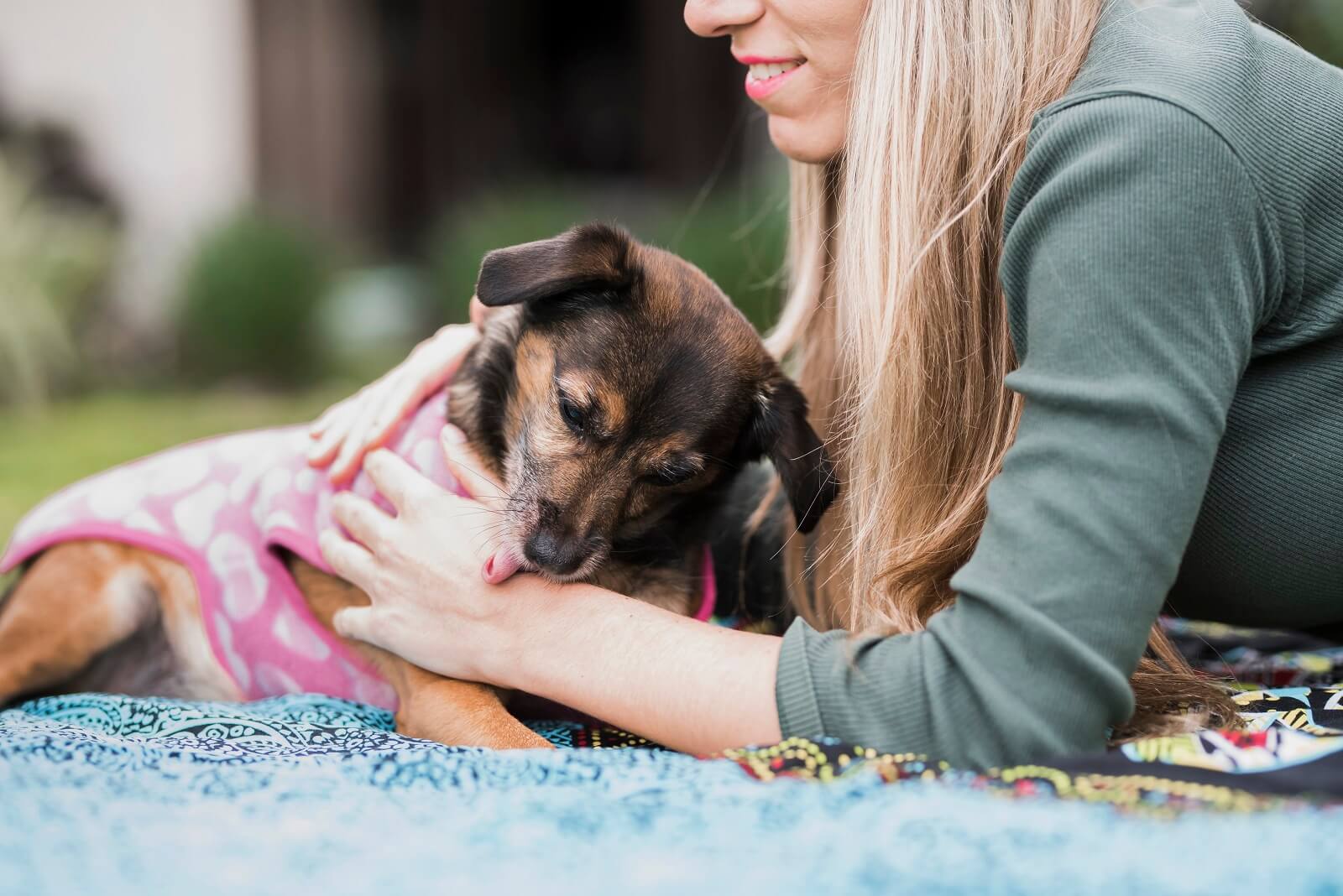 It’s normal for dogs to hump people and objects. What differs humans from animals is the decency concerning sexual behavior. Humping for dogs is a sexual outlet, but sometimes, it can be because of their playful nature.

8. Sniffing the Butts of Other Dogs

When your pet sniffs out the butt of other dogs, it indicates curiosity. Dogs are known to have a great sense of smell, and when they see their own kind, they smell the rear end for information. It can even be their way of starting a relationship with each other.

There’s actually such a thing as dogs leaning to people. This behavior is more common on larger dog breeds who want to get affection from people.

For a behavior to be considered weird among your dogs, it has to be something out of the usual. Here are some signs that might tell you your dog is acting weird:

Dogs don’t usually vomit or poop uncontrollable, so vomiting and diarrhea are already weird behaviors. They can even be bothering as those clearly indicate an underlying medical issue.

A dog losing interest in food can be frustrating. Mostly, it relates to an internal pain, either medical or psychological, that is waiting to be discovered and cured. There can be dogs that are picky eaters, but non-picky dogs can stop eating their usual food if there is something wrong. 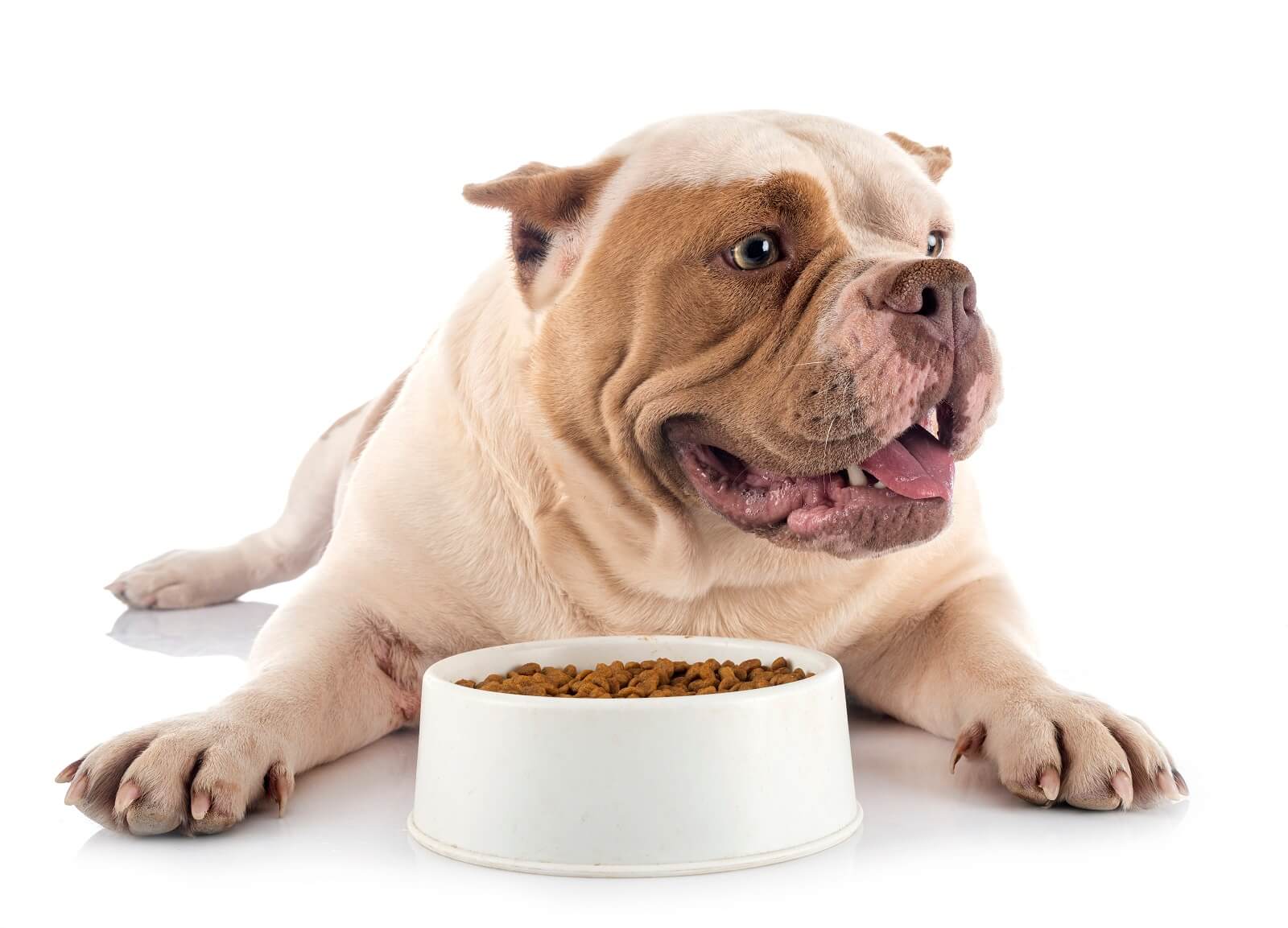 Dogs aren’t much of a water drinker. They drink after eating food or doing some exhausting activity. However, a dog can get dehydrated, and if dog drinks more than the usual, there might be some medical issue involved.

Frequent urination indicates more serious medical conditions. Such increase in frequency usually indicates diabetes, but it can also be a sign of disease in the kidney, liver, or adrenal gland.

If you see your dog and question, “why my dog is acting weird and shaking?”, it might be because it has difficulty standing or rising from the ground. It can be an indication of physical injury, but the more concerning issue is how your dog got injured.

If you’re asking “why my dog is acting weird” based on the common weird behaviors exhibited, there can be plenty or reasons for that. Let’s have a look at the following reasons and their respective explanations:

Most of the weird signs indicate that your dog might be suffering from a medical condition. It can be an illness or injury.

Take for example food poisoning. Your dog might vomit, defecate uncontrollably and later on, lose its appetite. If you notice any of these signs, take it to the nearest dog clinic right away. Any moment wasted can spell more danger to your dog.

Another situation is when your dog refuses to eat. It might have difficulty eating food due to pain in the gums, or perhaps something got stuck like a small bone which will trigger pain when chewing. 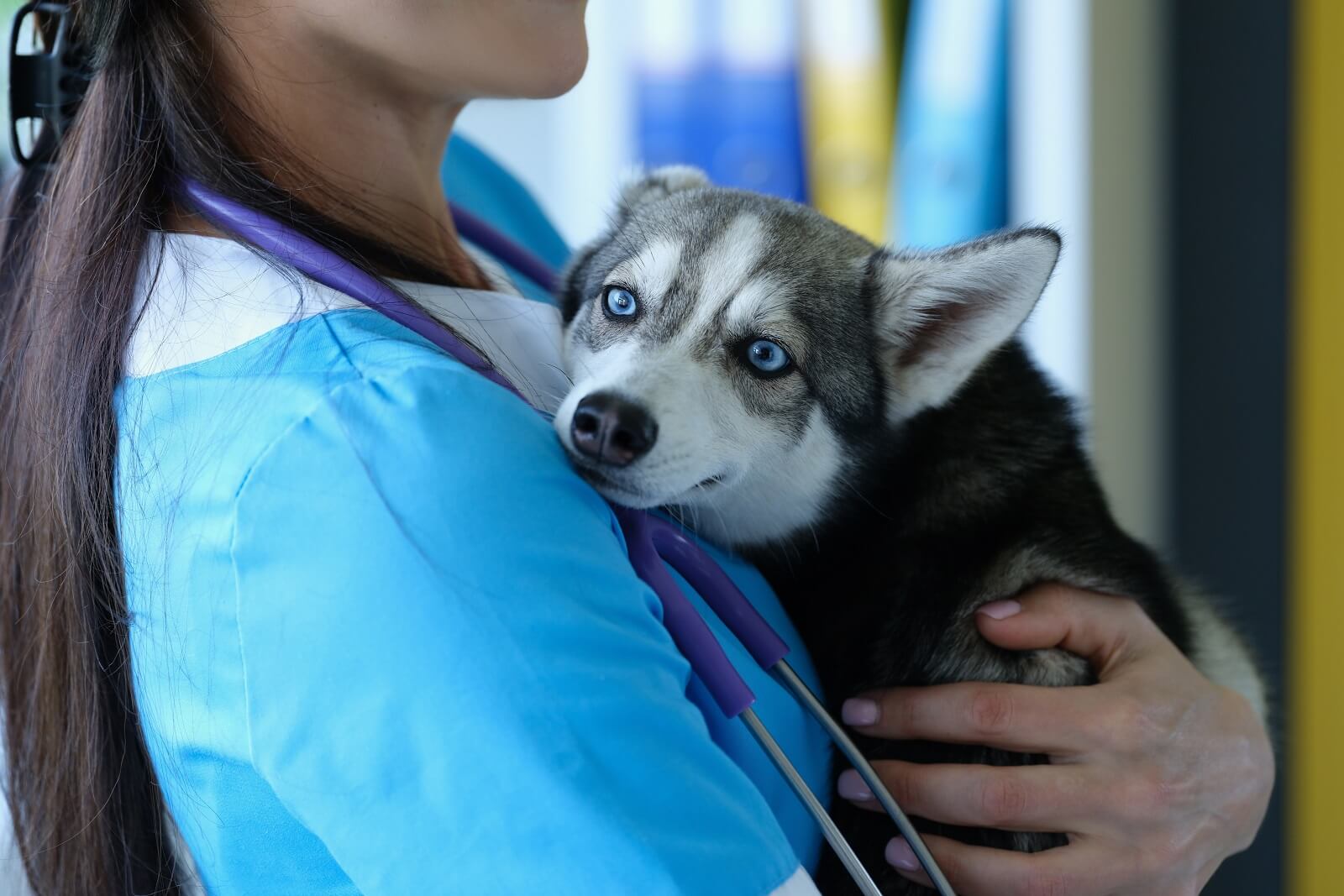 Dogs do get stressed sometimes. This might be brought up by many factors, and sometimes, it can be a collection of many little ones. The stress experienced by dogs can be from environmental, physical, and psychological causes.

Psychological stress is usually brought about by anxiety. Dogs are generally affectionate beings with a strong sense of attachment. When a dog is separated from its newly-born puppies or its owner, it can take a great toll on its psyche which can lead to them acting weirdly. If those weird actions are caused by stress, they can be remedied by eliminating the stressor itself.

Mistreatment and abuse can push a dog so low that it will be too scared to face anything. Some dogs can become very aggressive than necessary, but most will become defensive if touched or approached.

The fear and trauma they felt can cause them to get easily stressed about many things. It may be difficult to eliminate the source of fear, but providing them the opposite can be a great help. However, if such a thing happens to your own pet, it has something to do with your actions that you’re not aware of.

Assuming you haven’t abused or mistreated dogs, you may have scolded them too much or even disciplined them by hitting them. This can cause them to sulk and become more submissive. As mentioned, the only way to turn that behavior around is to do the opposite and not give them a reason to fear. 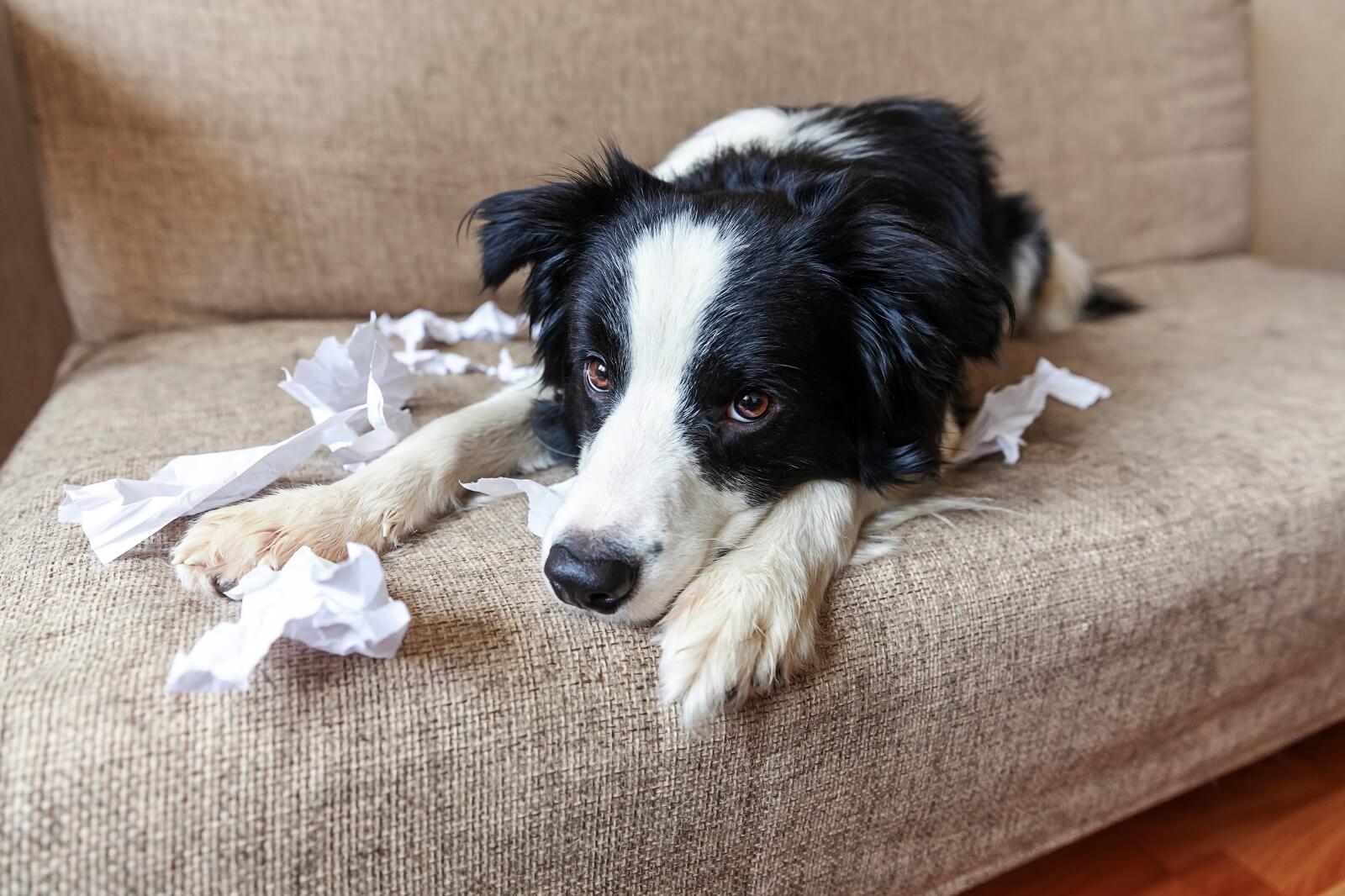 Hormones play a part in a dog’s weird change in behavior. There can be times when your dog becomes sexually mature and wants to procreate. Although there is no medical harm involved, a dog deprived of these urges can go berserk. Additionally, pregnant dogs that experience situations of hormonal imbalance can be sensitive.

Cognitive dysfunction simply means a dog that’s deteriorated with age. A dog may have a hard time seeing clearly or recognizing casual people. Out of all reasons for acting weirdly, this is the hardest to find a solution since getting older is inevitable.

Isn’t it surprising that dogs choose to act weirdly because they are bored? For example, they can remain stiff as long as they wanted to just because they don’t have anything fun to do.

Some dogs can take it too far by losing their appetites on purpose. Since they choose not to move, they don’t get that hungry. In this case, it’s important to stimulate them to do physical exercises since inactivity can lead to unwanted medical issues later on.

Your dog might vomit because it has eaten something that smells pleasant but tastes weird. Its lack of appetite might be due to not liking the food you’ve served. In short, dogs can act weirdly because of food alone. 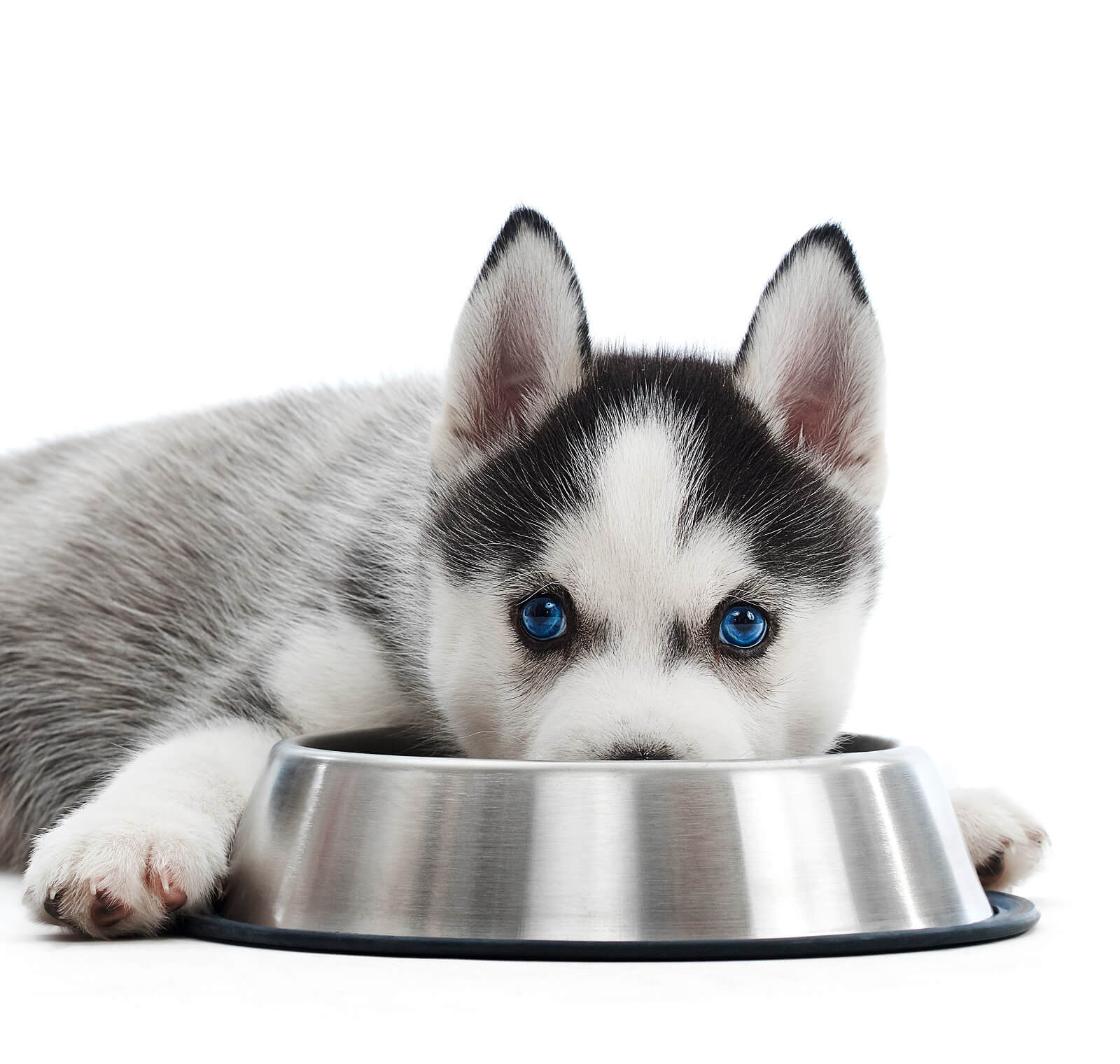 If you’re asking “why my dog is acting weird and restless”, then it probably doesn’t like the changes you’ve done. A dog is a creature of habit, and it can easily be bothered if something is off, such as not feeding on schedule, changing the environment, or bringing something it’s unfamiliar with.

What You Can Do?

If these weird behaviors are a great concern for you, here are the actions you can take to solve the problem and prevent them from happening again:

• If it’s caused by boredom or routine changes, it will be better to tolerate it. It can get better when your dog becomes stimulated again.

• If the reason is something more on the psychological aspects like fear or anxiety, patience and affection are very much needed.

• If the reasons are those that connect to medical issues, then a visit to the veterinarian is a must.

You can also practice preventative measures such as the following:

• Be affectionate if necessary

• Avoid spoiling the dog with what it wants

• Enroll the dog in an effective training program

The easiest way to recognize if your dog is acting weird is if it behaves outside of its usual behavior. Various signs can indicate whether it is serious or can be tolerable. The reasons for their behavior can simply be summarized into two: social or medically-related.

The next time you ask the question “why my dog is acting weird”, remember that you also have a responsibility, and it will be helpful if you check what you have been doing to your dog so far. When in doubt, bring your dog to a nearby vet for consultation.

1 comment on “Reasons Why Your Dog Is Acting Weird”

Reading this answered many of my dog activities. Thx 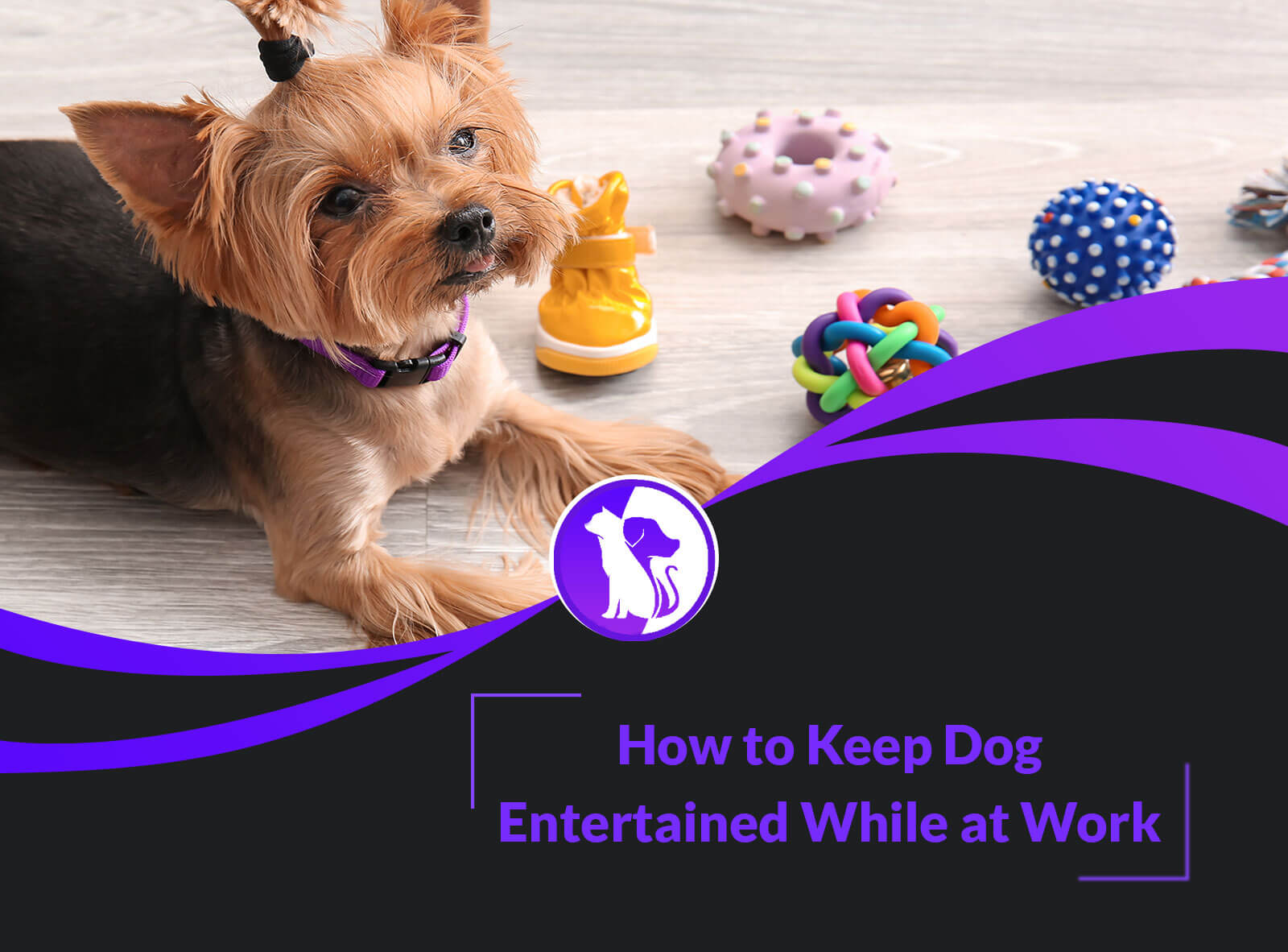 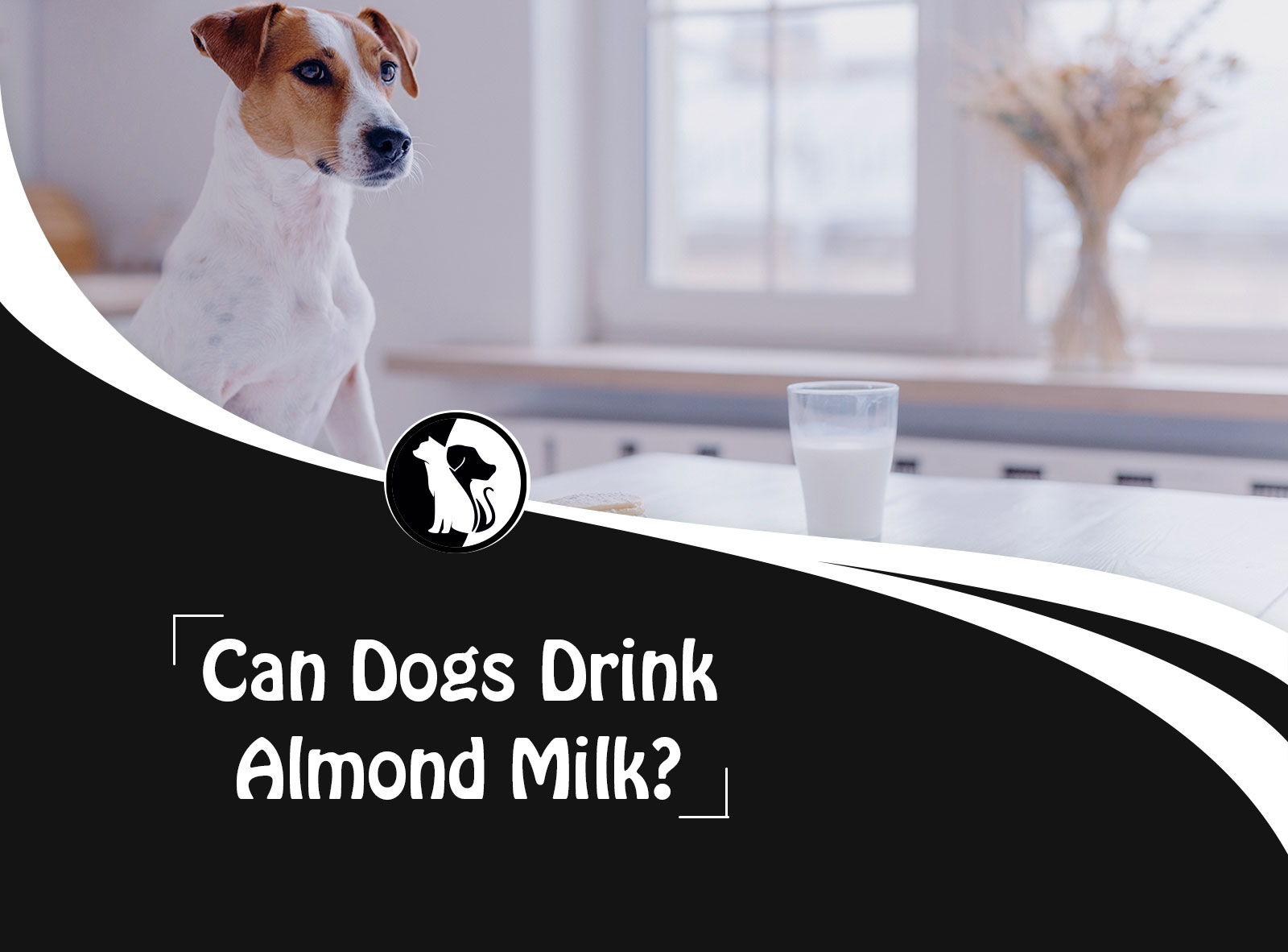 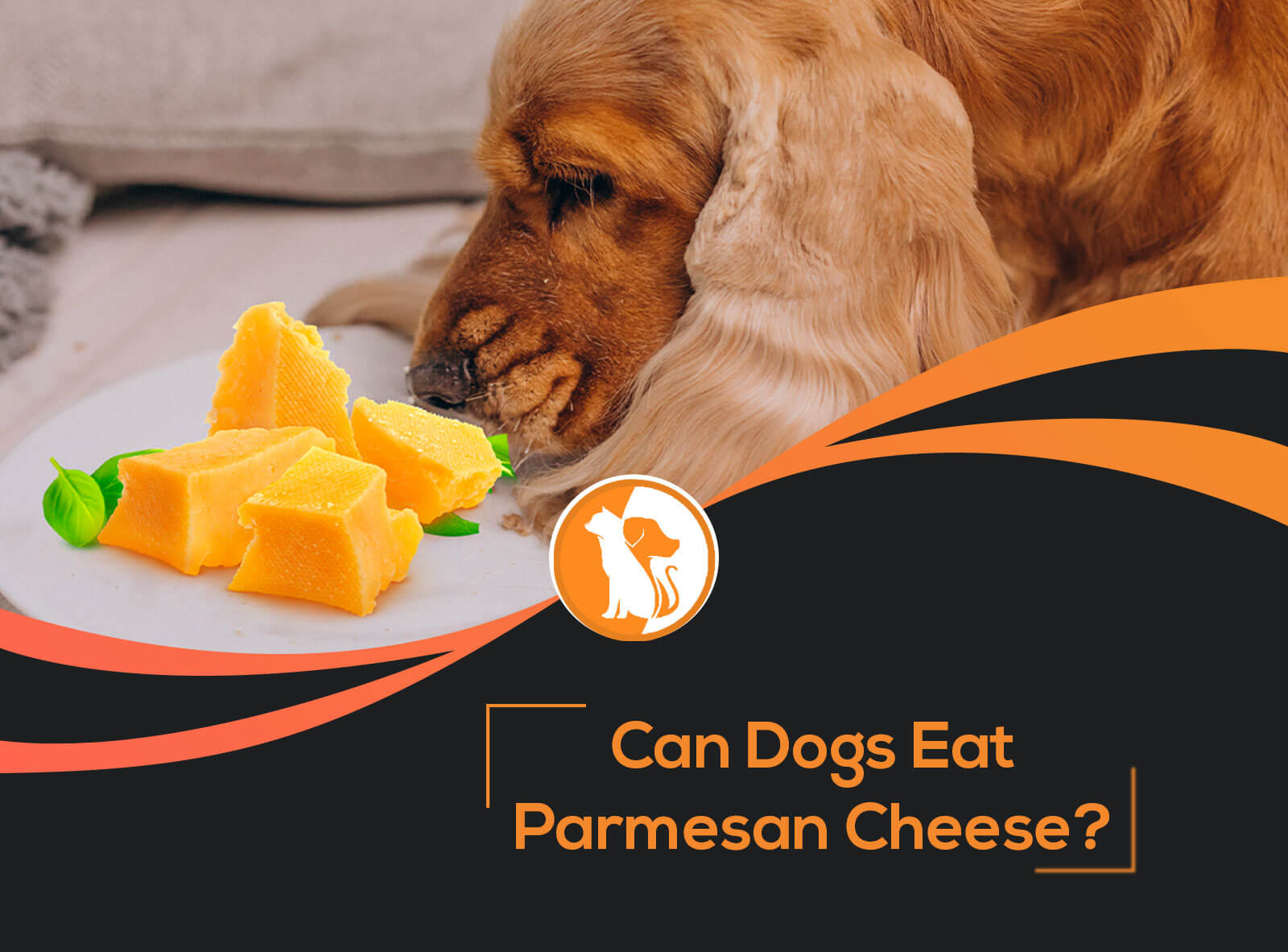 Can Dogs Eat Parmesan Cheese? Here's Everything You Need To Know 09 January 2022 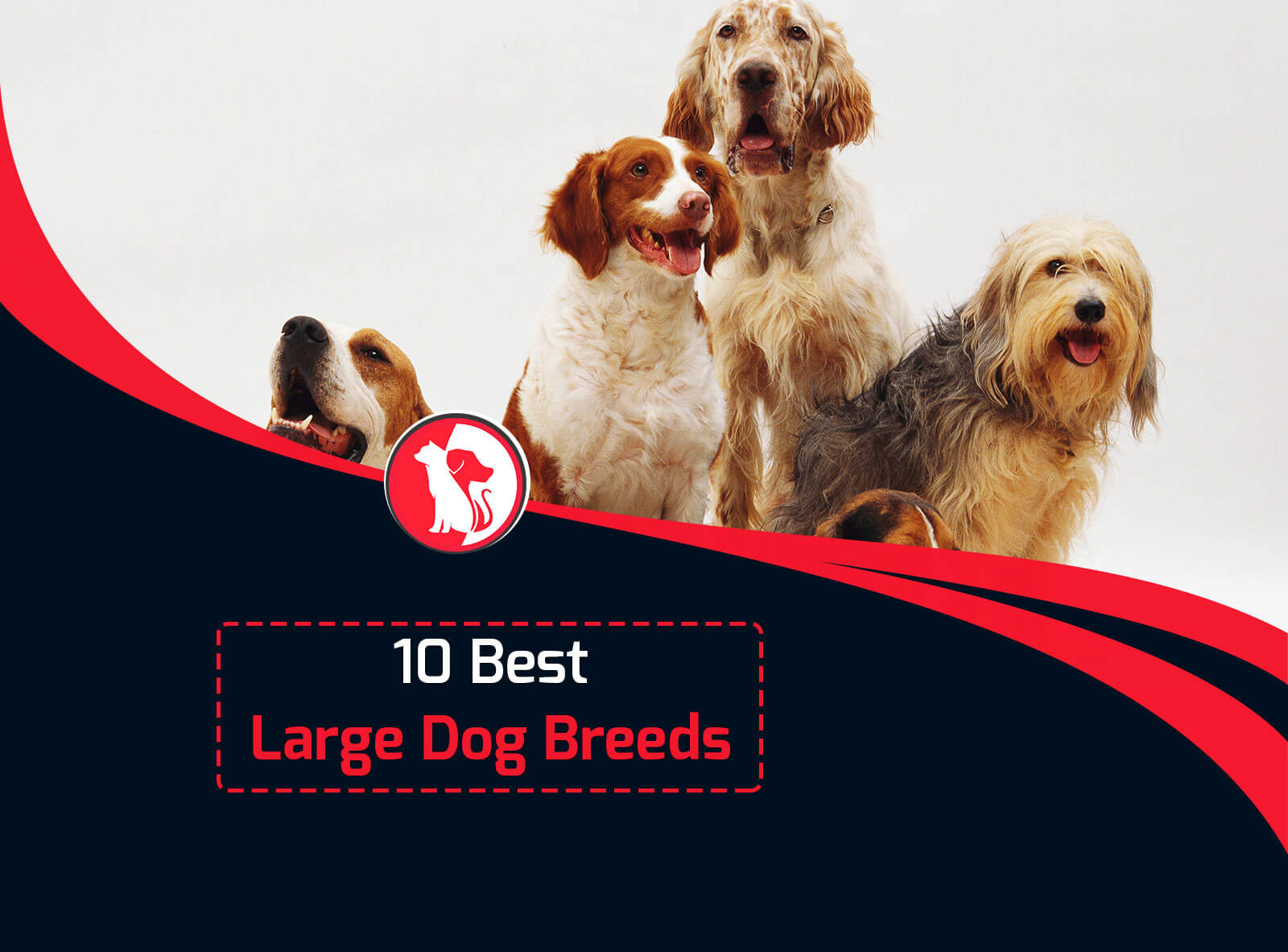